George Edmunds, the author of ‘KIDD, the search for his treasure’, is, after ten years of research having his latest work published: ‘ANSON’S GOLD, the secret to Captain Kidd’s charts’.

The original Kidd book mentioned above can be said to be the definitive work on the charts found before WW2. The expeditions mounted to find Kidd’s treasure were covered including why they all failed. Whilst the charts were solved for the first time indicating where the treasure was buried, George was never 100% sure of the island location. This was pre 2000 and before work on the Anson book started. See also http://www.captainkiddscharts.co.uk

‘Anson’s Gold’ includes the sequel to the Kidd book in that besides re-telling the story of the finding of the charts, they are now shown to be the result of a clever hoax/fraud, created to divert the treasure hunter away from a real island that held the secret to the treasure Admiral Lord Anson sent a secret expedition to recover in the mid 18th century.

The identity of the modern-day creator of the charts is revealed, he knew where the island was that held the treasure Lord Anson was looking for, he even hid its location in one of the charts. All is revealed and explained in ‘Anson’s Gold’.

AN ENGLISH COUNTRY ESTATE ENTWINED WITH A REMOTE FRENCH VILLAGE

Lord Anson’s ancestral home is the Shugborough Estate in Staffordshire UK. Besides being famous as a working estate with its magnificent house and grounds, it also holds an enigma within those grounds in the form of ‘The Shepherd’s Monument’. The marble relief is based on a painting by Nicholas Poussin, below it is a cryptic inscription that has defied conclusive interpretation for over 250 years. 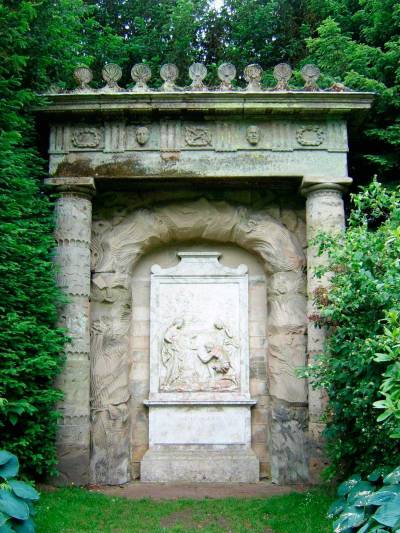 Lying in the bottom south-east corner of France is the tiny hamlet of Rennes-le-Chateau. This place became the subject of much hype, speculation and controversy in the mid 1900’s continuing to this day. A story in a newspaper in 1956 told how the local priest Abbé Francois Berenger Saunier, following clues in the local church is said to have located ‘Le Tresor Maudit’ (The Accursed Treasure) in the 1890’s. Since then, a whole industry has built up surrounded by myths such as the treasure is: the tomb of Jesus Christ, the gospel of Jesus, the tomb of Mary Magdalene, the Holy Grail, Merovingain gold, the treasure of the Temple of Solomon and so on.

Indeed, there are clues here to a real treasure. Everybody thinks that because the clues are here, the ‘treasure’ whatever it is must be here. WRONG!

The clues planted here, in fact are for a treasure a long way from here. These clues link you directly to Lord Anson’s estate and the cipher on the Shepherd’s Monument.

Read how in ‘Anson’s Gold’ and see how for the first time the cipher on the monument was decoded. Even the boffins of Bletchley Park, also many other learned people failed to solve the cipher, mainly because their approach was misguided.

Traditionally, treasure charts are usually variations on a theme of that shown in Stevenson’s ‘Treasure Island’. In ‘Anson’s Gold’ you will be shown a real treasure chart called the ‘Trinity Map’. It is Spanish and called a derrotero, there is no spot marked ‘X’. When you know how to interpret the derrotero, the location of Anson’s treasure island is revealed.

Is the treasure worth looking for? Let me tell you part of the inventory reads:…..864 bags of gold….. 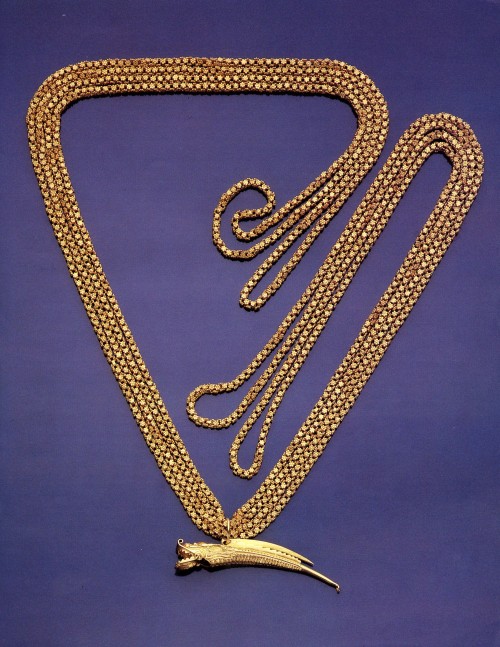 If you know about ‘Killorain’, the tramp with a map, you will have heard of the legendary ‘Loot of Lima’, a huge treasure supposedly stolen from the Spanish in the 1820’s and buried on Cocos Island. It has been searched for hundreds of times over the last two hundred years, the last in 2012. It has never been found. ‘Anson’s Gold’ tells you why and reveals the real identity of Killorain.

Juan Fernandez Island (of Robinson Crusoe fame) is key to our story. A search has been going on here for years for Anson’s gold, it will never be found here, why? ‘Anson’s Gold’ tells you!

Another famous treasure is that supposed to be buried in the ‘Money Pit’ on Oak Island, Nova Scotia. They have also been looking here for over 200 years. As with Cocos Island, nothing will ever be found here.

Lord Anson’s ancestral home, Rennes-le-Chateau, Cocos Island, Juan Fernandez Island, Oak Island, all – with other stories and places –  have common DNA. ‘Anson’s Gold’ shows how these seemingly unrelated treasure stories are linked to the genesis event of the burying of the treasure

The treasure Lord Anson looked for has been the subject of several expeditions since, most in the 19th century and early 20th century. Nothing was ever found and the stories of these failed expeditions are told in ‘Anson’s Gold’.

THIS BE WHERE TO LOOK BOYS

No spot marked ‘X’. The ‘Trinity Map’ previously mentioned shows the (coded) location of the island. Other clues in this story tell you that you must look for a special feature on the island that has coded signs on it. ‘Anson’s Gold’ shows you what they are and how to interpret them.

This book contains a wealth of information for the treasure hunter. Besides closing the story on  the Kidd charts that have fooled thousands since they came to light (many still believe they are genuine) other ‘mysteries’ are shown not to be a mystery any more, for example; the enigmatic ‘Loot of Lima’ and Cocos Island, the ‘Money Pit’, Rennes-le-Chateau and its ‘treasure’, the Shugborough Monument mystery, associated treasure expeditions – why they failed, also Masonic and Solomon connections, an infamous author of the early 20th century – his books and hidden clues, the ‘treasure’ island of Robinson Crusoe, Lord Anson’s secret expedition, star codes, celestial navigation and the Golden Ratio, related pirate stories, the Spanish connection and much more. There are many illustrations, drawings and photographs.

Click here to register for publication details of the book.